Ipassed through the barrier and found myself in the world of a nightmare. Dead bodies – some of them in a state of decay – lay strewn about the road and on the rutted tracks.’ These were the words heard by the British public listening to the radio in April 1945 as Richard Dimbleby described the unimaginable horror he had found at Bergen-belsen. The BBC war correspondent was with the British Army when the first concentration camp was liberated from the Nazis and the outside world could start to understand the inhumanity and scale of the Holocaust. Now, 75 years on, his son Jonathan Dimbleby journeys to the site of the camp in southern Germany for a powerfully moving film in which he meets survivors who had somehow made it alive out of the hell in which tens of thousands of victims were murdered. Even after three-quarters of a century, their tales – and those of the British veterans who were there and remain traumatised to this day by what they saw – remind us with incendiary force that these were crimes almost without precedent in human history. For Richard Dimbleby, what he saw at the liberation of Belsen made it the ‘worst day of my life’. His despatch was so shocking that his bosses back in London refused to broadcast it at first, only relenting after he had threatened to resign. He had been determined that such atrocities should be consigned to history, telling listeners: ‘There is one other thing you must do and that is to vow with all your heart that such things will never happen again.’ By watching and bearing witness even now we can help to ensure that Dimbleby’s wish is fulfilled. 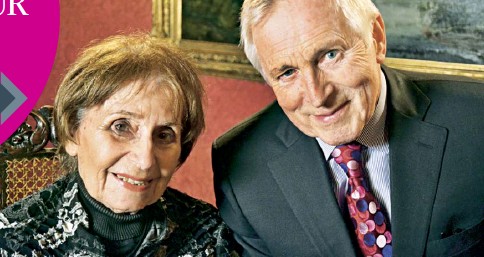