Alan Powers. ‘The museum was magical. I visited often as a child and was thrilled when, in 1965, she offered me a holiday job.’ According to Alan, ‘Mrs F wore long floaty dresses and had a strong sense of the dramatic’, and her museum was as eclectic as she was. An entire ‘nursery’ filled with dolls, staircases lined with board games, teddy bears climbing trees. ‘It was a far cry from the usual stuffy museum displays of the time,’ he says. ‘She and Kenneth travelled Europe, buying stock and then showcasing their wonderful finds in the museum. She had a great eye and a curiosity for other cultures. At her heart, though, she loved children and wanted to nurture their imaginations.’ Keeping a small museum going in London was no easy matter. ‘The taxman would ring up,’ recalls Alan, ‘and Mrs F would say: “Tell him I’m dead, would you, darling?”’ When Monmouth Street came under threat from developers, she moved Pollock’s to Scala Street in Fitzrovia and, two years later, in 1971, bought the house next door to knock through and create an intriguing maze of rooms. Fifty years on and it is still in this atmospheric townhouse, full of sloping doorways and creaky floorboards. To walk through its doors is to step into the past: from Lesney Matchbox toys to ornate rocking horses and the little theatres, it’s a reminder of the joy of childhood. You can’t help but wonder what tales these toys would tell if only they could talk. Mrs F died, aged 83, in 1995 and the museum then passed via her son John and grandson Eddy, down to her great-grandson, artist Jack Fawdry. Though Jack and his dad have updated the museum a little, with a display featuring his own favourite, Buzz Lightyear, the display cases remain little altered since Marguerite’s days. In the second-floor nursery, Victorian china and wax dolls gaze unblinkingly at you. ‘I’ve had more than one Japanese tourist leave here in a hurry,’ Jack, 30, reveals. ‘In their culture, after 100 years, objects gain a soul.’ On a staircase a framed Victorian jigsaw of a blonde ringleted girl has one piece missing. ‘I always think if that piece is found, she’ll come to life,’ Jack laughs. Elsewhere wind-up robots, hand-painted Russian dolls and Punch and Judy puppets jostle for space with marbles and moneyboxes. If childhood is lost to you, it can be found among the paper puppets, Jack-in-a-boxes, kaleidoscopes, Meccano sets, toy soldiers, cars and trains. Pre-pandemic the museum drew over 10,000 visitors each year, including celebrities. ‘Five years ago, I found Angelina Jolie touring the museum with her brood,’ says Jack. ‘She was very interested in our toy theatres.’ David Bowie and Paul Mccartney have also visited. When the museum looked set to fold during the pandemic, donations came from supporters including author Philip Pullman. In just 28 days, £41,568 was raised. ‘I was overwhelmed,’ Jack says. ‘People told us how much they loved Pollock’s, that we are unique and shouldn’t be lost. It was emotional to hear strangers echoing values I believe in, too.’ In a time of transient shop fronts and sanitised high streets, Jack believes museums stand as a testament to the past. ‘There aren’t many museums as unique as ours. London changes so fast – it’s important to have things that stick around. We aren’t here to make money but to tell a story.’ Jack is bubbling over with plans for the 170-year-old business – including travelling exhibitions and workshops. On a shelf in the museum, a gold-coloured carving of Marguerite’s face gazes down. She looks for all the world like she approves. Pollock’s is open now. Tickets £9 for adults, £4.50 for children. For more details and to book, visit pollockstoymuseum.co.uk 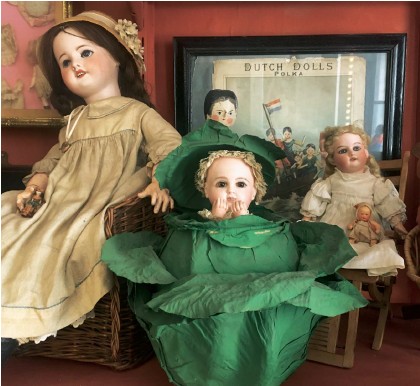 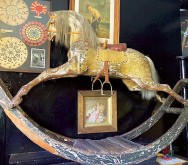 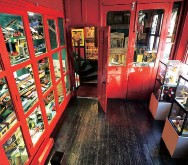