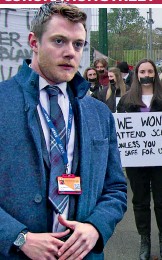 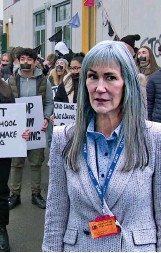 Weddings, funerals, house buying – the things that are nightmares to navigate in real life are sailed through with ease in Soapland. So it stands to reason that adoption should also be totally unrealistic too. It’s generally no bad thing when soap parents put their children up for adoption – as they will surely fare better if raised by anyone else. Yet somehow the child in question always ends up boomeranging back to them. Take Raymond in Eastenders. Denise had him adopted, only for him to be returned three years later. It’s only been a year and the poor mite has already been abducted. In Emmerdale, Kyle was taken into care after his dad Cain didn’t want to know and his mum Amy couldn’t cope. Now back with Cain, he’s just survived a brush with death after getting hypothermia on a camping trip. And the people who adopted Abi’s twins in Coronation Street are the most accommodating people in the world. Despite moving to Australia, they recently agreed to return to Weatherfield so the twins’ ex-junkie birth mother could spend Christmas with them! Jaci Stephen is away SCHOOL FOR SCANDAL Following Summer’s upskirting incident, Amy investigates and discovers that several other girls at school have also been victims. She daubs ‘stop protecting sex offenders’ on the school wall, which leads to her suspension. Summer publishes a letter on social media in support of her friend that ends up going viral. Before long, with the help of Daniel, the Gazette are involved and head teacher Mrs Crawshaw (pictured, with Daniel) is forced to take action. Sally becomes convinced that Tim is having an affair and Shona has clocked that he’s spending a lot of time with Aggie and starts to gossip about it. Sally tracks Tim to Aggie’s house where a confrontation leads to the revelation that her husband isn’t being unfaithful, he’s just been concealing his serious heart condition. And, right on cue, Tim collapses and is carted off to hospital. Merry widow Jenny continues to enjoy dates with Leo, who introduces her to his flatmates, making her realise just how big the age gap is. When Leo suggests she meets his parents she starts to panic. Why is she even bothering with a limp lettuce like Leo anyway when randy Ronnie is still keen?