Boris ignores the barbs – and heads for Marbs

By Glen Owen and Michael Powell

Critics will claim he’s deserted his post in the midst of a crisis. Supporters will say that in the 21 months since his last foreign holiday, he’s nearly died, led the nation through Covid, had a baby, is weeks away from another, and recently lost his mum – so give the guy a break... BORIS JOHNSON has flown to Marbella for what he hopes will be his first undisturbed holiday since the Covid pandemic began. The Prime Minister is travelling with his pregnant wife Carrie and their 17-monthold son Wilf, who is enjoying his first foreign break. The family are understood to be staying in a private villa on the Costa del Sol, where temperatures yesterday were a balmy 24C (75F). They made the trip after the Prime Minister’s barnstorming speech to the Conservative Party conference last week, and are taking advantage of the fact that the Commons will be in recess for another week. Marbella has long been a draw for the affluent and publicity-shy, with exclusive beach clubs offering privacy, gourmet food and fine wines. It is also a favourite with the cast of reality show The Only Way Is Essex, who coined the phrase ‘no carbs before Marbs’ as a dieting mantra to get beach-body ready. Mr Johnson’s holiday there is likely to be seized on by critics, who will point out that he has left the country in the middle of a fuel crisis and with families facing a predicted ‘winter of discontent’, surging energy prices and stock shortages. However, his allies will argue that his last proper break was on the Caribbean island of Mustique in early January last year – since when he has nearly died from Covid, lost his mother, divorced, become a father, remarried and prepared to welcome another child, all while dealing with the UK’s gravest crisis since the Second World War. It was reported yesterday that Mr Johnson was ‘utterly exhausted’ by the events of recent months. The Prime Minister has not had good luck with his holidays, with his summer ‘staycation’ in the West Country curtailed by the Afghanistan crisis after barely a day. He was spotted scurrying to Taunton train station in August with his shirt tail flapping out of his trousers as Kabul fell under Taliban control. That came a year after an equally disastrous break to the Scottish Highlands, where he pitched a tent on a windswept shoreline next to a holiday cottage. The trip was cut short for security reasons after his location was exposed by a national newspaper. Mr Johnson also came close to ‘catastrophe’ when he was swept out to sea while attempting to paddle-board during the trip, only to be rescued by his security detail, it was claimed. His holiday to the Caribbean was not without its issues either, as it prompted a Commons standards investigation into how the couple enjoyed a £15,000 holiday at a house owned by Carphone Warehouse co-founder David Ross. Watchdogs concluded Mr Ross had donated the accommodation, but added that the arrangements had been ‘ad hoc and informal and do not appear to have been fully explained to Mr Johnson at the outset’. If he is seeking something more relaxing in the Malaga province that surrounds Marbella, keen historian Mr Johnson may be tempted by the ancient mountain-top town of Ronda, which Ernest Hemingway described as the most romantic town in Spain. The region is popular with prime ministers: Tony Blair and his wife Cherie stayed at a friend’s house in the village of Benahavis, which was visited by Michelle Obama in 2010. David Cameron and his wife Samantha have also holidayed there. More lavishly, Russian leader Vladimir Putin is rumoured to have built a grand £20million ten-bedroom home with two swimming pools, a private helipad and garage for 22 vehicles in La Zagaleta, a private estate for the super-rich nestled in the Andalucian hills. Manchester United footballer Cristiano Ronaldo recently bought a £1.4million seaside property with an infinity pool, a private golf course and four bedrooms in an area nicknamed locally as The Superstars’ Cul-De-Sac. 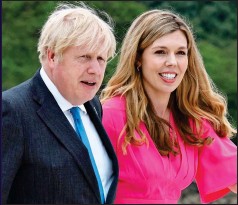 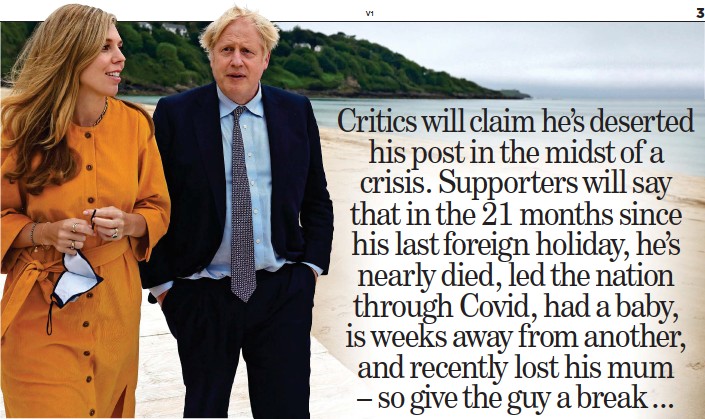 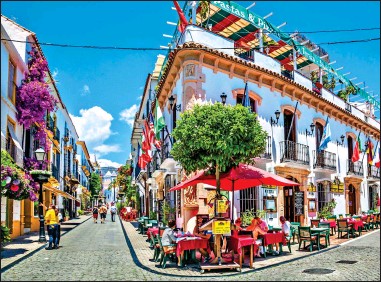