THE global energy crisis has hit particularly hard in Lebanon, which last night ran out of power, plunging seven million people into darkness. The country is facing days without electricity after power stations were shut down due to the fuel shortage. Production dropped below 200 megawatts, enough to power only 5,000 homes. A government official said the power network had ‘completely stopped working’ and warned production was unlikely to restart ‘until Monday or for several days’. The crisis quickly created what were termed ‘queues of humiliation’ as people waited in line for basic goods or fuel, above right. Violence erupted in some places with residents forced to turn to the expensive black market. Some shopkeepers had to trade by battery power, above left, or rely on shoppers to use the torches on their phones, right. The country has long been paralysed by an economic crisis and unreliable power, while the massive accidental gas explosion in Beirut last year led to the resignation of the government, causing political chaos too. 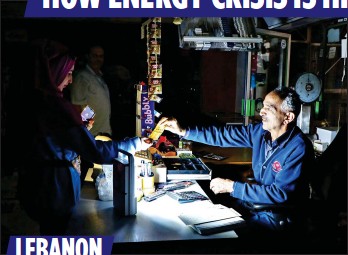 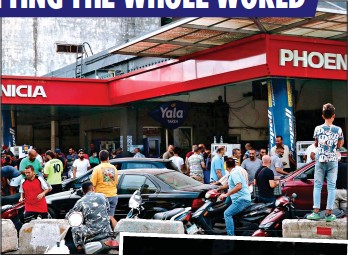 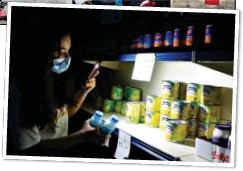