As a British actress who found fame in the US, starring in The Good Fight, Cush Jumbo now makes a glorious return to our stages. From the start, her versespeaking is supple and direct, bringing biting wit and exhilarating energy to a modern-dress production that is unusually funny. But this is a scornful, cynical Hamlet too, riddled with disgust at the moral failings of others as well as his own inaction. Jumbo seems itchy all over; hands twist at her clothes, scrabble over her shorn head (Hamlet remains an androgynous ‘he’, not a woman). Greg Hersov’s direction brings out a destructiveness that genuinely seems to bewilder and exasperate Hamlet’s family and friends – not least poor Ophelia. Norah Lopez Holden gives a detailed performance of touching guilelessness. Elsewhere Hersov’s staging lacks oomph. Anna Fleischle’s set of imposing gold reflective pillars suggests a political world of smoke and mirrors, but doesn’t give the cast much to play with. Adrian Dunbar, of Line Of Duty fame, is leaden as Claudius, but in general the pace sags whenever Jumbo isn’t on stage. And sometimes, even with her – Hamlet’s murder of Polonius is so poorly staged you’d barely know it happened. To another royal court full of intrigue: the stage version of the third part of Hilary Mantel’s trilogy arrives in the West End, directed by Jeremy Herrin. Unmoored from its previous parts, The Mirror And The Light is perhaps inevitably bogged down by heavy exposition. But once the plot gets going – charting the rise and fall of Thomas Cromwell – it proves a solidly absorbing tale. Ben Miles returns as the ambitious Cromwell, suave, smooth, and with impeccable timing for a tart retort. Elsewhere, there are some overdone, pompous performances, although the humour in Mantel’s script leavens what can be somewhat stodgy fare. 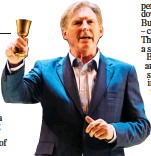 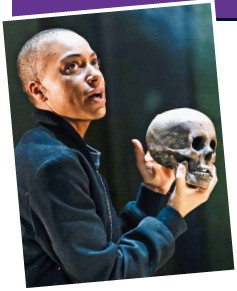