It’s unfair... no one has seen it Amol, rising star with the sharpest elbows in the BBC

By Glen Owen and Chris Hastings 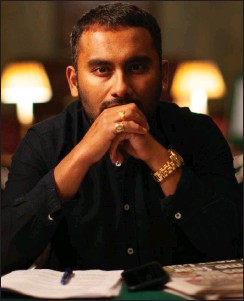