Now a quarter have had their booster jabs

MORE than a quarter of all over-12s have received a booster jab – as Ministers grow increasingly confident that the accelerating pace of the rollout will avert the spike in Covid cases seen on the Continent. With the number of boosters exceeding 340,000 a day, the programme will move up another gear tomorrow when bookings open for the over-40s for the first time. After a wobbly start, almost 15 million third jabs have been administered in the UK, amounting to 25.4 per cent of the over-12s. Ministers last night urged people to come forward for a booster jab – which supercharges a person’s protection against Covid infection from around 60 per cent to more than 90 per cent – in order to enjoy Christmas safely. The news came as: • The number of hospital admissions fell 4.7 per cent to 881 over the past seven days, while deaths dropped 5.6 per cent to 150. • A total of 50.7 million first doses have been administered, amounting to 88.2 per cent of over-12s. • Riots broke out across Europe over the reintroduction of restrictions amid a surge in cases. • Sage adviser Professor John Edmunds said Europe’s soaring infection rate and lockdown riots should act as a ‘warning’ as he urged people to get booster jabs. • The World Health Organisation said it was ‘very worried’ about the spread of Covid in Europe and warned that 500,000 more deaths could be recorded by March. • The doctors’ union was accused of threatening to halt the Covid jab rollout as a negotiating tactic over GP pay. A leaked survey of GPs by the British Medical Association suggested surgeries could refuse to administer vaccinations as part of action to oppose naming doctors earning more than £150,000. Campaigners said the union was ‘putting the nation’s health at risk’. • Whitehall officials are discussing plans to bring in ‘exclusion zones’ – similar to those used by some countries at abortion clinics – for anti-vaxxers, which would ban them from protesting at school gates. Tomorrow, the National Booking Service for vaccines will open to people aged 40-49 for their booster jab and those aged 16-17 for their second jab. It comes after the first real-world study on the effectiveness of boosters by the UK Health Security Agency shows top-up jabs boost protection back to more than 90 per cent against symptomatic Covid in adults aged over 50. Two weeks after receiving a booster, protection against symptomatic infection in adults aged 50 years and over was 93.1 per cent in those with Oxford/AstraZeneca as their primary course and 94 per cent for those with Pfizer-BioNTech. Those eligible for a booster can book an appointment five months after their second dose to be vaccinated as soon as they reach the six-month mark. Health Secretary Sajid Javid said: ‘Getting your Covid-19 booster vaccine is the best way to keep yourself and your loved ones safe this winter and will help reduce the pressure on the NHS. ‘While the Government is continuing to monitor a wide range of data to ensure the country remains protected, we have very sadly seen a surge in cases in parts of Europe. ‘The most important thing we can do to stop a similar rise in this country is get the jab – so please get your vaccines as soon as you can so we can keep the virus at bay.’ 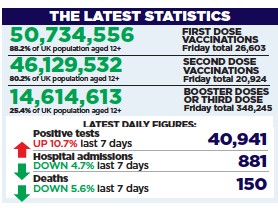 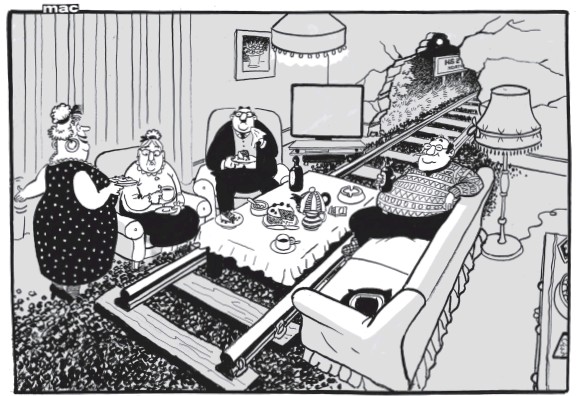