Ousted celebrity Charlene: I was walking a career tightrope the second Matt Hancock joined the camp

From Sarah Packer IN QUEENSLAND 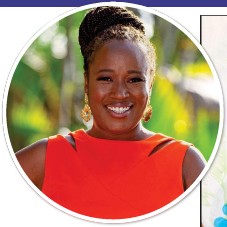 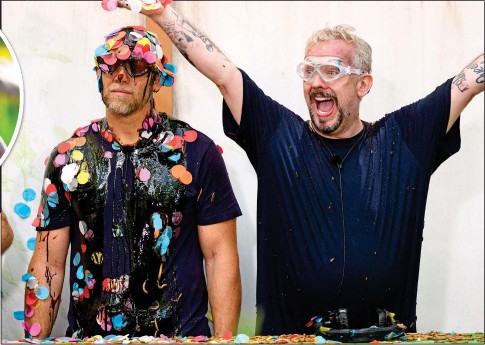 CHARLENE WHITE has accused Matt Hancock of ruining her I’m A Celebrity experience, claiming she was forced to ‘walk a tightrope’ and could no longer ‘laugh or joke’ once he arrived in camp. The ITV newsreader, who became the first contestant voted out on Friday night, said she had constantly thought about the ‘grieving families’ awaiting the Covid public inquiry and felt she would have done herself an injustice as a journalist had she not questioned the former Health Secretary on his reasons for doing the show. The Loose Women anchor also admitted that she feared being sacked if she appeared in any way sympathetic towards Mr Hancock, 44, worrying that it would destroy her ‘impartiality’. In her first interview since leaving the camp, Ms White, 42, whose aunt died from Covid, said: ‘I was shocked when he walked in, but also not shocked. ‘Immediately, I was doing the mental arithmetic in my head, and it had stopped at that point for me just being there and having a laugh and a joke – that finished when Matt came. I have interviewed enough of the families that have lost loved ones during the pandemic. I am one of those. ‘I spoke to so many families that lost dads, mums, grandads, grandparents. As soon as he walked in, I thought, “I’m going to be walking a tightrope here.” ’ The mother-of-two also explained one of the show’s great mysteries – why, as deputy to Mr Hancock’s camp leader, she had declined to take advantage of their perk of being able to sleep in a luxury RV. Instead, she opted to sleep outside – meaning there was then less choice for the others. Ms White said: ‘I didn’t want anyone to feel like I was being too sympathetic to Matt because that would jeopardise the job that I love and jeopardise my journalistic integrity. It would have shattered the impartiality I’ve consistently had the past 20 years. ‘In my heart I felt if I didn’t represent those people who are still grieving and still hurting, if I don’t think about them and ask the questions that I want to know regarding his reasoning for going in the jungle… then I’m not doing my job. ‘It went from me having a laugh to me constantly worrying about whether or not I could still do my job when I came out.’ However, her decision caused tension with the other contestants, with Mike Tindall, 44, raging: ‘Why is she not sleeping in the RV? It’s f***ing annoying me.’ Ms White admitted her one regret was not being transparent as to why: ‘I was completely wrong not to have been more explicit about it. Hindsight is a wonderful thing.’ In last night’s show, the celebrities were gunged during the Partners In Grime challenge, where they were forced to answer questions about each other for treats. Mike Tindall came off worst after being slimed and then covered in colourful tissue paper.