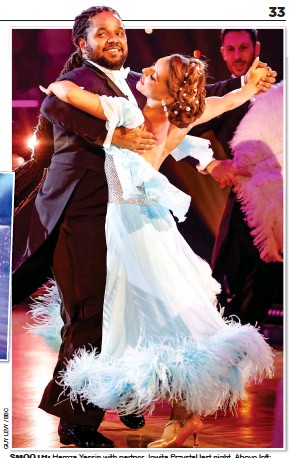 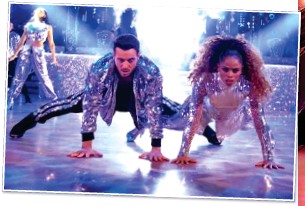 FLEUR EAST hailed Strictly Come Dancing as ‘incredible’ as the show could be set to have its first non-white final. BBC bosses are understood to be excited at the prospect of celebrities Miss East, Hamza Yassin, Tyler West or Molly Rainford making it through to the final three of the dancing competition. A source said: ‘There are some very happy people at the top of the BBC. They want the show to be appealing to everyone, so to have such a diverse final would be a dream.’ Fleur was speaking ahead of performing a routine with professional Vito Coppola to a Destiny’s Child mega-mix last night – for which they scored the series’ first 40 out of 40. The 35-year-old said: ‘I think this series as a whole has just been so incredible for representation. Honestly, to see Afro-beats on Strictly... my heart, I was so proud! ‘I bumped into Hamza in the corridor and said “This is big, you know, this is big, right?” And he was like “I know, I know”. I was just so proud. Even this week, with us doing Destiny’s Child, and doing such a commercial routine, it’s so different for Strictly, and this is what’s so exciting about the show.’ Last night, the competition returned to Blackpool, billed as the home of ballroom dancing, for the first time since 2019. The event has been cancelled for the past two years due to Covid restrictions. DJ West danced the salsa to a KC and The Sunshine Band mega-mix, while Hamza performed the American Smooth to Frank Sinatra’s New York, New York, and Miss Rainford did the jive to Barry Manilow’s Bandstand Boogie. As Fleur celebrated top marks, her rivals also posted impressive scores. Helen Skelton was awarded 39, while Hamza scored 38, and Molly and Tyler both received 35.