The poignant photo with Mummy that Charles just had to restore 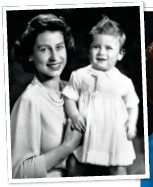 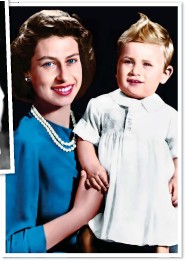 IT WAS a poignant scene as King Charles wandered around outside Buckingham Palace in the depth of his grief, talking to members of the public also saddened by the death of his mother. But one of those brief meetings would lead to the creation of a joyful new picture of the King with his beloved ‘Mummy’. Former soldier Ben Lopez, who now works to restore old photos with his company Loved Ones Forever, found himself chatting to Charles during his walkabout. Ben told Charles what he did and offered to refresh any old snaps of the prince and his mother. And he was stunned when he later spoke to a courtier, who asked Ben to restore an old photograph of the Queen with Charles when he was aged one, taken in 1949. Ben tells me: ‘The Palace called back after Charles found a photo he wanted restoring. It usually takes me around half an hour to an hour but this particular one took a few days – it had to be perfect.’ Ben, 35, who carefully copied and coloured the old photo, tells me he has previously worked on a picture for actor Tom Hardy. The restored photo might now be sitting behind Palace walls, but last weekend a copy was auctioned for £35,000 at a Children with Cancer charity gala, an event attended by celebrity guests including The Office actor Martin Freeman, athlete Paula Radcliffe and Strictly Come Dancing’s Arlene Phillips.