Divorce is easier – and can be cheaper 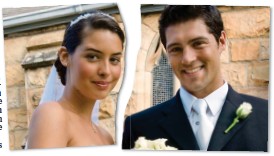 AWAVE of divorces is expected in the coming months as people argue over money issues – and separation is made easier due to a new ‘no-fault’ law. Couples in England and Wales can now divorce on the grounds their marriage has irretrievably broken down – without the need to attribute blame. Before April, adultery, unreasonable behaviour or desertion had to be given as the reason – or two years living apart by agreement, five years if one partner did not want the other to go. In Scotland and Northern Ireland, grounds for divorce remain as they previously were in England and Wales. But in Scotland, an application for divorce can be made after one year living apart with consent, two years without. In Northern Ireland, it is two years with consent, five years without. The Law Society of England and Wales says: ‘By replacing divorce grounds that previously assigned fault, you are taking away a potentially hostile environment that can lead to drawn out and expensive legal proceedings. By reducing the elements for such conflict you enable couples to focus more on the important issues such as children, property and finances.’ A £593 divorce application fee still has to be paid. Previously, the extra cost of solicitor fees meant the average cost of a divorce ended up around £14,500, according to consumer website Money Helper. Although divorcing couples will not need to spend more than the application fee, extra costs will still be incurred if a solicitor is employed to help divide assets, such as property and pensions. With solicitors’ fees starting at £200 an hour, it is worth trying to carve up the estate amicably, leaving more money to be shared out. For those who have put together a divorce agreement, but still want a lawyer to cast their eye over it, a nofault divorce online service can be used, costing £180. A court usually considers a 50:50 split for a long marriage of more than five years as set out in the Matrimonial Causes Act 1973. This will cover property, pensions, savings and any child maintenance. Property is usually the biggest asset, so if one partner wants to stay in the family home, they will have to forgo other assets such as pensions and savings. Emma Watson, head of financial planning at wealth manager Rathbone Investment Management, says: ‘Pensions are a critical consideration in divorce – especially if one partner has taken a career break to look after children and support a partner’s career.’ She points to a ‘pension sharing order’ as a popular option. This permits a clean break – with pensions divided into two separate retirement plans. By dividing the pension funds before retirement, both partners can be in charge of their own money – deciding how it may be taken in retirement. This involves court costs of around £2,000. Another option is a ‘pension attachment order’. This earmarks a percentage of someone’s future pension income – or fund value – to the other partner on retirement. This also results in court costs. It is less popular than a pension sharing order as it does not stop the pension saver from stopping contributions and saving money elsewhere. When they die, the pension also often stops. FINALLY, there is ‘pension offsetting’. This is when one person keeps their entire retirement pot and trades it off against the value of other assets such as the house. This deal can be thrashed out without need for a court order. There are tax implications to consider. For example, a transfer of assets between married couples is exempt from potential capital gains tax and inheritance tax – but not once they are officially divorced. To help pick through the finances, an independent financial adviser may prove useful. Even though divorce is now easier – and hopefully cheaper – it still takes at least six months from the time someone files for divorce to it becoming official. The latest statistics from the Ministry of Justice indicate that divorce is at a ten-year high. There were more than 33,000 applications for divorce over the three months to the end of June this year. These were the first figures published since the ‘no-fault’ law was introduced and represented an 11 per cent jump on the previous three months. About one in three marriages ends in divorce. But overall, the rate has been steadily decreasing since its peak at 44 per cent in 1987. Harry Benson, research director for charity Marriage Foundation, says: ‘Once lawyers get involved in a divorce it is game over – it will cost you dear. Getting away from the idea it is solely one person’s fault that a marriage has broken down is common sense and can help you avoid having an acrimonious and expensive divorce.’