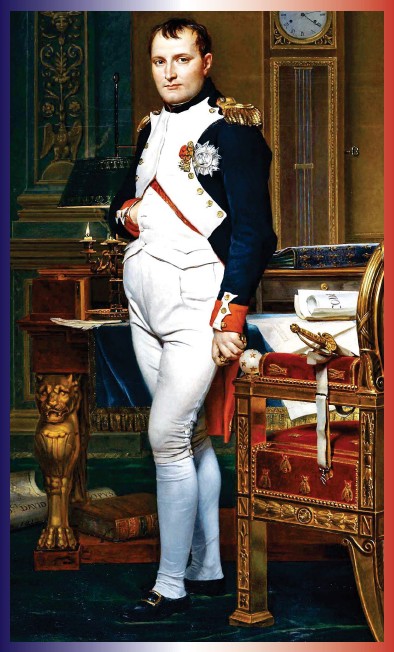 By the year 1811, the French Emperor Napoleon’s mastery of Europe was almost complete. Austria and Prussia had been crushed and stripped of vast swathes of their territory. From Warsaw to Naples, and from Hamburg to Madrid, the continent was largely ruled either directly or indirectly from Paris. It was true that the Spanish were rebelling and that they were being aided by the Duke of Wellington’s Anglo-Portuguese army, but not for nothing had Napoleon declared to the French Senate that ‘a new order of things directs the universe’. It may have been bombastic, Michael Broers acknowledges at the beginning of this third and final instalment of his magnificent biography of the soldier-emperor, but it was not hubris. Broers’s first two volumes, Soldier Of Destiny and The Spirit Of The Age, presented a spellbinding panorama of Napoleon’s rise and rise. When I reviewed the first book, in 2014, I suggested that Broers, although acutely aware of Napoleon’s faults, admired his achievements. Nobody in history had ever risen so far and so fast, or shown such an astonishing range of abilities. But the tone of this concluding part of the story is very different. For even as Napoleon stood at the pinnacle of his power, he was preparing to gamble it all away and the catastrophe that was to bring him down was almost entirely of his own making. Napoleon had two big problems: Britain and Russia. With the Royal Navy as dominant at sea as he was on land, he could not force the issue militarily, so he elected to try to defeat the British through an economic blockade. The Continental System did indeed inflict significant financial damage, but it affected friend and foe alike and stored up bitter resentment throughout the Empire. The Russians, meanwhile, refused to implement it, and Napoleon decided that the only way to bend them to his will was to fight them. So in 1812 Napoleon launched the biggest invasion the world had ever seen. A main body of nearly half a million men crossed the river Niemen and marched into Russia, while additional contingents drawn from reluctant allies secured the flanks. Napoleon’s aim was simple: to smash the Russian army and dictate peace on his own terms. It had worked in the past, most notably against Austria and Prussia, and he assumed that it would work again. The Russians had other ideas. They didn’t stand and fight, they retreated, and the further back they went, the more the French ranks were thinned by exhaustion and disease. The Russians pursued a scorched-earth policy, and starvation followed. It was a dangerous game and the Russian generals, divided among themselves, presented Napoleon with several opportunities to catch and envelop them, but they were squandered. When at last they did stop and fight, at Borodino, it was a bloodbath that wrecked both armies. The Russians, though, could make good their losses. The infamous retreat from Moscow virtually wiped out the rest of the French army, but it was indiscipline and lack of organi sation that doomed them as much as the Russian winter. Napoleon couldn’t say that he hadn’t been warned. His most trusted advisers, his arch-chancellor Cambacérès and his treasury minister, Mollien, begged him not to attack Russia. ‘The abuse of his gifts was natural to him, as the abuse of his strength is to a gladiator,’ wrote Caulaincourt, his ambassador to Russia and another siren voice predicting disaster. Broers believes that Napoleon’s underestimation of Alexander, the Russian tsar, was fatal. Napoleon considered Alexander weak and failed to grasp that he was driven by an almost messianic desire to rid the world of his ‘evil genius’. Alexander, for his part, understood Napoleon perfectly. He knew that if he gave him enough rope he would hang himself, and Napoleon duly obliged. Napoleon’s advisers begged him to make peace; predictably he refused. He raised fresh armies and scored some impressive victories, but it was not enough, and one by one his allies deserted him. His enemies had studied his methods and now turned them against him to deadly effect. Still he fought on, sucking France dry of blood and treasure, until he was overwhelmed by sheer numbers and forced into exile on the island of Elba. One last throw of the dice remained – an audacious escape and march on Paris that briefly led to the rekindling of past glories before he suffered his final defeat at Waterloo. Broers brilliantly captures the essence of the man as he embarks on this final adventure, ‘so cautious in his planning, so reckless in his goal – the conquistador to the end. His real self’. Each of the three volumes of Broers’s biography is superb. Taken together, they form an exhaustive masterpiece that will engross readers and influence historians for generations to come.