BOSSES at the Home Office faced a security scare after discovering that a CCTV unit in its London HQ was made by a controversial Chinese firm, The Mail on Sunday can reveal. The camera, thought to be in the lobby of its Marsham Street building and outwardly branded as Honeywell, is being replaced. It was made by the partly stateowned Dahua, which is blacklisted by US authorities from selling cameras to national authorities. The ban, which was imposed in 2019, also applies to another Chinese surveillance firm, Hikvision. Both companies’ technology has allegedly been used in the repression of the Muslim Uighurs in China. US authorities also fear the firms are a national security concern because of their links to the Chinese state, claims that are denied by their bosses. The Home Office discovery comes after the British Government failed to sanction a proposal by MPs to ban the companies. A revised camera surveillance code was brought before Parliament last week but failed to include a human rights clause blocking the purchase of equipment from firms linked to human rights abuses. Last week, Justin Hollis, Hikvision’s UK boss, sent a gloating letter to suppliers marked ‘confidential’ that trumpeted the failure to get the ban passed. He wrote: ‘We are delighted that in making this decision, the UK Government has been led by facts, not politics. ‘This is good news for all businesses across the country who turn to Hikvision’s video surveillance products and security solutions to protect their property, employees, customers and loved ones.’ But Fraser Sampson, Britain’s Biometric and Surveillance Camera Commissioner, said: ‘The Government has recognised what’s happening in China and they’ve recognised the need for guidance – plus, there’s a Bill next year on public procurement which will deal with these issues. ‘I don’t understand how this is a victory for Hikvision. I find it extraordinary that they claim to be celebrating good news but mark it [the letter] as confidential.’ Last night, the Home Office said it would not comment on security. Dahua did not respond to a request for comment, while Hikvision declined to comment. 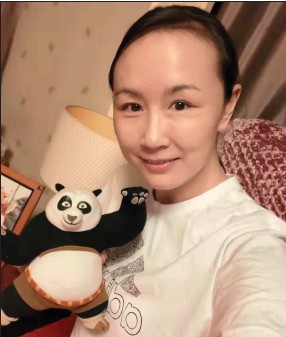